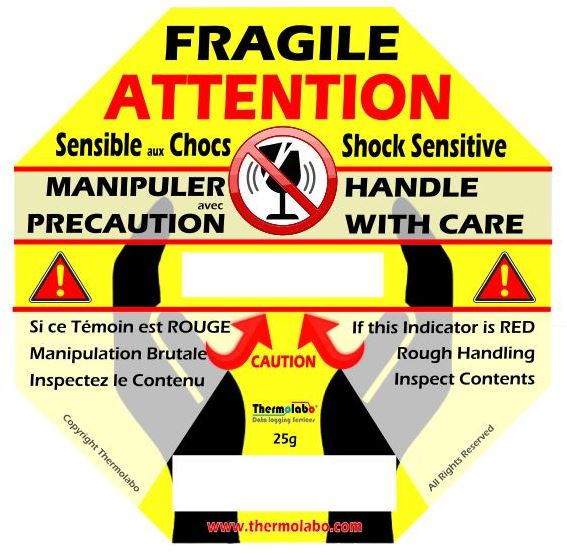 What is a Shock Indicator?

A shock indicator is a single-use device. It allows to visually control if an object on which it is usually stuck has not undergone a shock that could cause its breakage or its damage. The shock indicator is mainly used in transport and logistics.

Its appearance deliberately attracts the attention of operators in the supply chain. It encourages them to take special care during handling. The indicator allows a consignee to establish an extremely fast report regarding the condition of the products delivered to him. The recipient can thus take the necessary reserves in order to preserve its interests but also those of the shipper.

Its cost, generally modest, and its great ease of use contribute to its widespread use during the transport of the most fragile products.